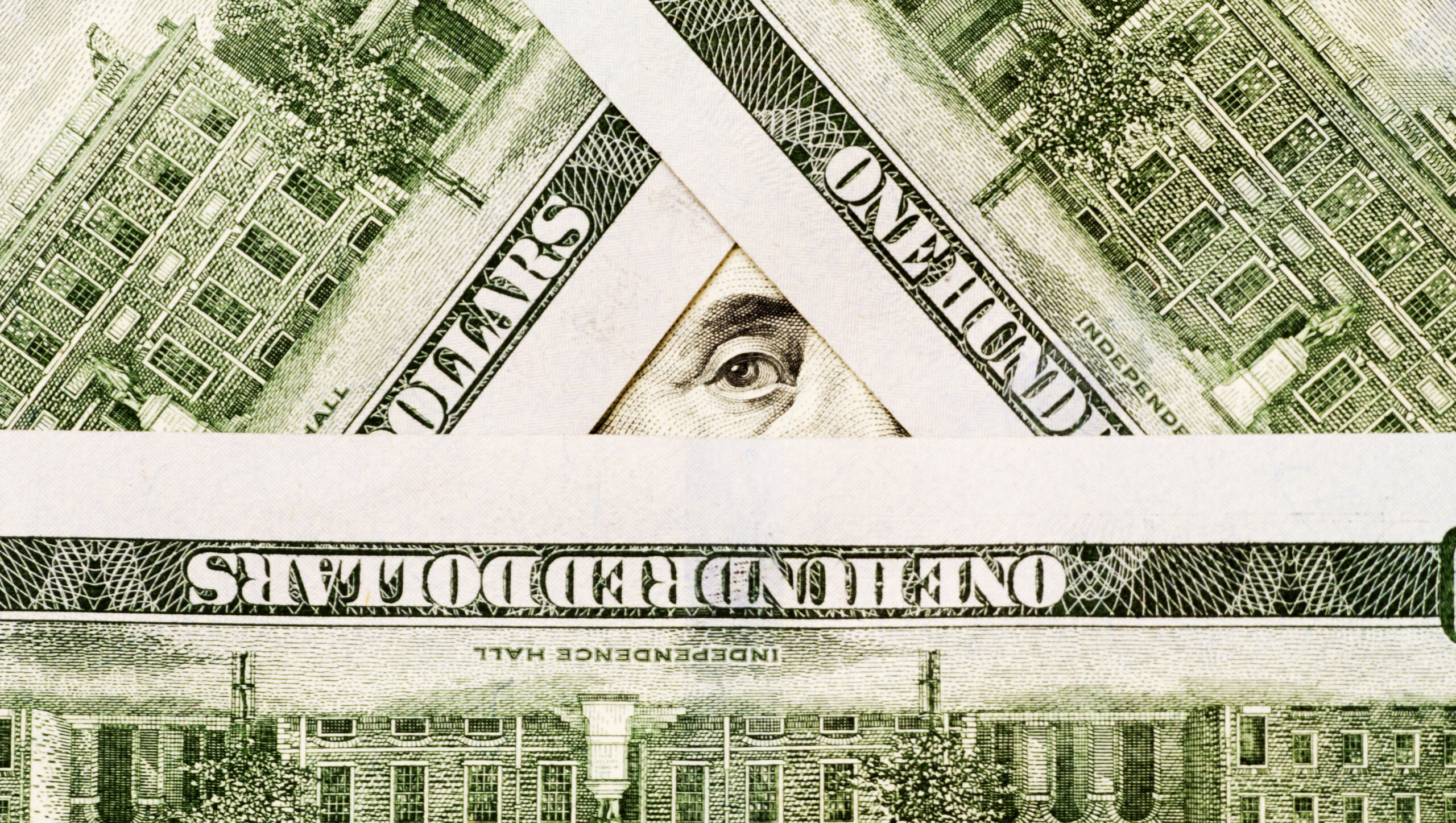 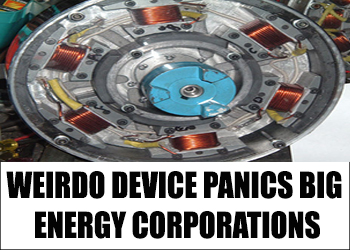 When Times Were Simpler…?

It scarcely needs to be mentioned that the world of today is drastically different than the world of even a few decades ago. Younger generations now are more educated and comfortable in some subjects, such as technology, but critically lacking in several other basic vital skills. Problem-solving and critical thinking skills have, some say deliberately, been removed from the education systems today, in favor of “teaching to the test,” and so-called “common core” education.

This change in the education systems, along with the much-lamented “emotional needs come before life skills” techniques that taught that every child who participated deserved a trophy, along with the increase of state observation of the children from an early age through head-start programs, with their included but not widely known about oversight by the local child protection agency, led to a very different school system for our children than we were brought up in.

This page is not going to be a discussion of why these things happened, as that would bring up the inevitable observation that while you watched sports, handed your children cell phones, and failed to hold your local school board accountable, the “powers that be” were hard at work. We will however discuss what the results are, and they seem to be that the entire planet has come to the point where Matthew 10:21 “ Brother will betray brother to death, and a father his child; children will rise against their parents and have them put to death.,” can easily come to pass. We will also say that all of this is the United States’ fault…

Well, see, that is the problem. It is called “ethnocentrism,” and it has caused, and continues to cause trouble for people able to be manipulated because of their beliefs that they are superior to others for some inherent reason, such as being from a particular race, religion, or country. Do not feel bad though, you were set up, from before you were born…

Do you know how you were taught that the U.S. was something that randomly kind of happened over time after the poor persecuted Christians fled Europe? That the federation of states formed under a constitutional republic was an organic thing that the “Founding Fathers” fretted over before finally forming and how it all centered on “Religious Freedom?” Remember learning how this “New Idea” was something that the fledgling “United States” fought a war with England over, ostensibly to secure “Independence?” Remember the lies and legends you were told about George Washington and how he “Would not tell a lie?” Or how he had wooden teeth? What about Ben Franklin and how he quaintly “discovered” electricity? Yeah, I am sorry to tell you, but those are all lies that were taught to you in order to develop a feeling of “Unity” in the population while at the same time acknowledging the “superiority” of the masonic ideals that really founded this country. The ideals that, very much on purpose, built into the country’s very framework an innate evil that would be called upon in the future to destroy the very same country supposedly dedicated to “Freedom…”

A Theory You Have Never Heard Before…

There was a show on the History Channel a while back called “America Unearthed.” Now, here at MOTBR, we try to look at things from an educated perspective, and since this author holds a Baccalaureate in Digital Media with a Minor in Professional Communications, I can tell you unequivocally that major networks do not air shows without a reason. Yes, the argument could be made that profit is the overlying motive for television programming, but in today’s age, the argument could equally be made that the Consolidation of Media Channels has as much to with it as anything else. It is undeniable that this consolidation of media restricts the amount and quality of the information you receive. In fact, depending on how controversial the subject matter, you may have extreme difficulty even locating the information on mainstream channels. So why was this series, with this storyline produced?

The basics of the show is a running theme called the “Hooked X” theory, which is mainly promulgated by a guy named Scott Wolter, who is a “Forensic Geologist” according to his self-published biography. The theory goes as such, the Knights Templar came to the United States in the late 1300s and left a record all over the country. The main piece of evidence has been the so-called “Kensington Runestone,” discovered in 1898 and dated to 1362. Through studies of a certain masonic mark on the stone, called “The Hooked X,” and found in other places in the U.S. and the rest of the world, Wolter theorizes that the Knights Templar came here to stake out the “New World,” according to ancient laws, for their plan for the world. In fact the Bible would seem to speak to this “Spiritual Law” about marking out areas for spiritual use, as in Proverbs 22:28 “Do not move an ancient boundary stone which your fathers have placed”

What It Means for Now…

It would seem that knowing the Order of the Knights Templar is where to roots of freemasonry comes from, knowing their history throughout time along with the Illuminati infiltration of masonry, and watching what is going on in the world now, when the Bible speaks in Luke 8:17 when “ there is nothing hidden that will not be disclosed and nothing concealed that will not be made known and brought to light.” It knew exactly what it was talking about…

If we assume that the History Channel does not just put on random shows for no reason, and the entire “Nostradamus Effect,” “Ancient Aliens,” or the classic “Revelation: End of Days” series of shows that was on their playlist, often at the same time, for a reason. Then if we bring in the entire “Are they using predictive programming” question, it is easy to see why the following video is relevant.

The question then becomes whether Mr. Wolter was really “discovering” this information or leaking it…

Just like the idea that the Nazis killed the Jews in World War Two as a sacrifice to get the “End-Days” clock ticking, our theory is the U.S. was staked out for the satanic N.W.O. plan for the “One World System” long, long, before the gears of WWII ever got spinning. We think Mr. Wolter is right, but not for the glorious plan he and others would have you believe. No, the plan is the extinction of whole groups that simply do not agree with their plans…

Google has removed my ability to create revenue through Adsense. I am, however, still able to use Amazon Associates links as you can see. If you would like to donate through PayPal to help this ministry, the link is below. Thank you for reading, and God Bless!

Apologies Once again, I would like to apologize for not having the time to do a “write-up” for the issue that is addressed in this video. In reality, the style of writing I had envisioned for this site would have led to several different pages on several different issues. Unfortunately, I now realize the time […]

Basic Understanding Of Your “New Reality…”

Welcome… As you can see, the format of this page has changed. I will work on “cleaning” up the rest of the site as I go. In the meantime, I am hoping you are here because of another platform, if so, please make sure that you are sharing the link to this page to reach […]

The Checks Are Coming! The Checks Are Coming! In case you are not aware, it was announced this morning, December 21st, 2020, that Congress had finally reached a deal for “Covid-19” Relief, spending $1.4 Trillion of your tax money. What is left out of the headlines is how this is going to further destabilize the […]

Intro #2 In my original Introduction post, I made several comments that I believe caused some of my readers to have their interests peaked about who exactly this guy was that is writing in a way that makes sense about the end of the world and current events. In that introduction post, I came clean […]

Did You Know? On July 8th, 2020, there was an international online cybersecurity exercise held in Moscow, Russia. Called “Cyber Polygon,” it was run by the World Economic Forum and focused on a ‘digital pandemic’ that would result in mass disruptions of the power grid and supply chain systems. Klaus Schwab stated during this event, […]

Movie Review and Critique for “Songbird”

I Will Admit, I Like Movies… Not too long ago, I wrote a page about the soon-to-be-released movie, “Songbird,” speaking about the predictive programming aspects of the movie regarding lockdowns, COVID-19, and what may be in store for all of us in the future. I used this movie because it was soon to be released […]

Prophecy of the Popes in the Mainstream News

An Oldie, But A Goodie… For those that have any background in the conspiracy research “field,” Saint Malachy and his “Prophecy of the Popes” is likely known to you, for everyone else, allow me to elaborate. Saint Malachy was the Archbishop of Armagh and was the first native-born Irish saint to be canonized. Several miracles […]

Seeing Clearly… I am currently working on two pages for this site. One is on Islamic and Judaic eschatology and its relationship with Christian end-times teaching, and the other is on the makeup of the enemy’s army. Both pages are complicated, and I am attempting to write them in a way that is easy to […]

Mr. President Elect… This post will be brief and concise. It is basically a news update to let people know information that I just came across from what can only be called a trustworthy source, as far as that can be said about any source now. The article is about the presumptive President-Elect, Joe Biden… […]

Monsanto and Ownership of You

Patents and mRNA vaccines Part of the goal here at MOTBR is to wade through the information in the “conspiracy circles” to weed out misinformation and sometimes outright fantasies, and then try to present that information in a way that is easy to understand. With that being said, there has recently been a theory making […]

Current Events… So true to the form of the MOTBR, this is a post and you can think of it as “Current Events” or sometimes “Deeper Information.” Have you ever seen the movie “Red Dawn?” The line “The chair is against the wall…” is one of the best lines in a movie ever. Sorry, I […]

The Current State of the Election Results…

Who will win? As I write this I am listening to Guiliani’s press conference about the election results at the same time. The reason I am listening is that earlier on Facebook, I saw a Washington Times post about how Guiliani had some hair dye running down his face during the conference. Not really newsworthy, […]

Why this and why now? I am going to be open and honest right from the start, my life has most likely been…different than yours. I know there are some that will read this that will relate to being molested, or beaten, running away, or going to jail or prison. I am sure there […]

Welcome to the Mark Of The Beast Resistance!

This site is dedicated to furthering the Truth of Jesus Christ and preparing the Saints for the imminent realization that the “rapture” as taught, is wrong

Are you food secure?